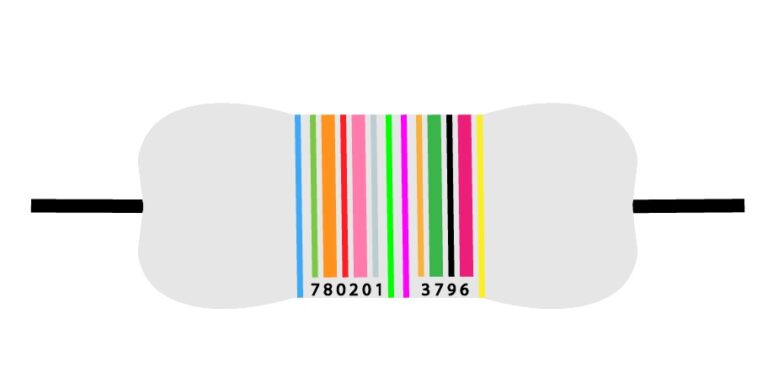 Resistor color coding is the representation of the rating of components by marking different colors over the components. The coding was introduced in the 1920s and then standardized in 1952 by IEC. Use the Resistor Color Codes Calculator online for calculating the 4-band color.

Why Use Resistor Color Coding?

Originally color-coding was meant to use for fixed resistors, capacitors, inductors, and diodes. Because printing color bands were not easy and cheap on small components at that time. Advancement in printing technology makes it easier to print practically anything over these tiny electronic components but the convention remains.

Each color has its value starting from 0 to 9. The coding has also room for tolerance in the rating. Tolerance is the percentage of error in resistance value. The resistor color code chart is given below.

Colors are banded around the component most commonly resistors. There is typically 4 color circle around the resistor. Starting from left, first, two-color represent the first and second digits. The third one shows the multiplier using scientific notation ($\times 10^{\alpha }$). Finally, the fourth color band shows the tolerance in percentage.

Observing the diagram, you may notice the spacing between the last two color bands is different which is the right side of the resistor.

Resistors manufactured for defense purposes may have the fifth band which indicates the failure rate. In the case of 6-band resistors, the 6th band shows the temperature coefficient in ppm/K.

What is the resistance of the following color-coded resistor?

As the colors are Yellow, Violet, Orange, and Gold. The first two show the two digits

The fourth color is Gold which is the tolerance i.e.

So, the final value of the resistor is

Resistor color-coding system has some drawbacks like in the case of colorblind people. And recognition problems caused by overheating and dirt accumulation or differentiation between colors i.e. red, orange, and brown.