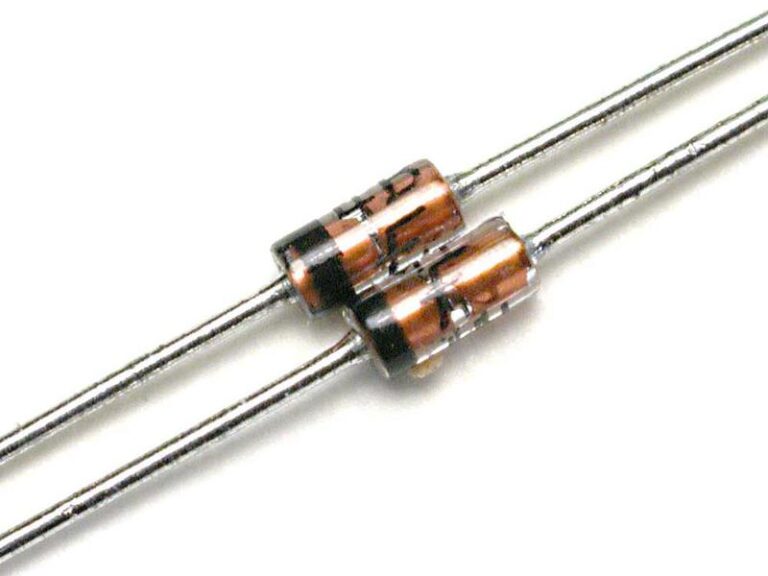 A diode is two terminal electronics components, which can be connected to the source in two different ways; Forward Bias and Reverse Bias. The forward bias diode works like a closed switch and allows the current through itself. In contrast to the forward bias, the reverse bias diode blocks the current passage and works as an open switch. The biasing of a diode depends upon the direction of the source.

As we have discussed that the diode is made of a PN junction having one side of the P-type material and another N-type material. A depletion region is formed at the time of manufacturing, where electrons and holes combine to form ions and no carrier is available for conduction in the region. N-region has free electrons as majority carriers and P-region has a hole (absence of an electron). During the absence of an external voltage source, because of the random movement, minority carriers can enter the depletion region. Any hole entered into the depletion region will be attracted to P-region and the free electron will be attracted to N-region by the attraction force of opposite ions in the depletion region. Some minority carriers may enter the P-type and others may enter the N-type and ultimately there will be no net current flow.

However, the minority carrier will enter the depletion region and pass to the other side of the junction causing a small current. This small amount of current is called reverse saturation current and is represented with Is. The term “saturation” shows the fact that after a very short change of the current for a change in voltage, the current will not increase anymore for increasing the reverse bias voltage.

In the V-I characteristic curves, the graph in the third quadrant represents the reverse behavior of the diode. In the beginning, the current changes very quickly for a small change in voltage and reaches the saturation current. The further changes in the voltage do not affect the current.

For tens of volts in reverse bias, the current remains constant. But reaching some high reverse voltage causes a huge current in a reverse direction. As the reverse voltage increases the velocity of the reverse current increases as well as its kinetic energy. The high kinetic energy is transferred to valence shell electrons of stable atoms and makes them leave the atom. These additional carriers can aid in the reverse current flow. The voltage at which this rapid change in current occurs and called Zener Voltage and is represented by VZ. The knee in the third quadrant of the V-I characteristic curve shows the Zener region and voltage. Special diodes like Zener diodes and photodiodes are operated in reverse bias.

The first quadrant of the V-I characteristics curves shows the forward operation of the diode. In the beginning, by increasing the voltage the current change very slowly but when the voltage reaches 0.7V (for silicon) the current start to change rapidly for a small change. The rapid change in the current shows that the resistance decrease as we increase the voltage above the knee of the curve. The voltage drop across the diode in the forward bias is equal to the barrier potential but may increase up to 0.9 depending upon the current.