Home
Electronics Engineering
What is inductor, inductance and How it store energy

An inductor is a passive circuit element which stores energy in the form of the magnetic field. Inductors are made of wrapped conducting wires or coil, to enhance the effectiveness of inductor number of turns are increased. An inductor is not anticipated to dissipate energy, it only stores energy and then delivers it to the circuit when required.

After few years, Ampere showed by taking some careful experiments that magnitude of magnetic flux is directly related to the amount of current flowing through it.

Michal Faraday and Joseph Henry discovered that a changing magnetic field can produce a voltage across its neighboring circuits. They also showed that the magnitude of voltage is dependent on the rate of change of flux.

The letter “L” is called Inductance.

Inductance is the measure of the property of an inductor that it opposes the change in current flow.

If a current is passed through an inductor, the voltage across the inductor change gradually rather than abruptly. It can be represented mathematically

From equation (2) it can be implied that if there is constant current flowing through the inductor, the voltage across the inductor will be zero. It means that an inductor will act as a short circuit for DC power supply.

An inductor acts like a short circuit to a dc source.

According to the equation (2), discontinuous change in inductor current need infinite voltage across it, which is practically impossible. So inductor opposes a change in current either positive change or negative change explained by the Lenz Law.

Inductance of an inductor :

The inductance of a coil can be found using the following formula:

Where N is the number of turn in the coil, A is the cross-sessional area of the wire, l is length and μ is permeability of the core, where magnetic flux passes. The permeability depends upon the material used and varies from material to material. Just like capacitors and resistors, the inductor is also available in the market from few micro-Henry to tens of Henry, which may be fixed or variable.

The inductor works like a capacitor and doesn’t dissipate energy. It stores electric energy in the form of the magnetic field during the charging phase and releases the same energy to the circuit in the decay phase. Energy stored in the inductor is the multiplication of current through inductor and voltage across it.

The inductor absorb power is

From equation (2) we know that

Putting it to the above equation

If the inductor is initially not charged or left unconnected for a long time, so the initial current  $i(t_{0})$ will be zero. Thus the following formula is applicable for finding stored energy.

The energy stored is represented by the graph below. 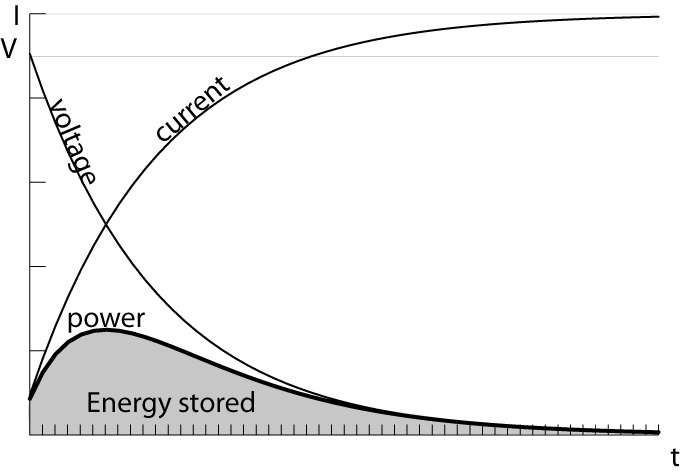 The basic construction of an inductor contains an insulated (enameled) wire wound. The winding may be supported by a core or not. In case of not supported by an internal core, is called air-core inductor. In another case, the winding is supported by an iron core, which is called an iron core inductor. Iron is a ferromagnetic high permeable material which provides a low reluctance path for the magnetic flux. It also confines the magnetic flux near the winding and increases the flux linkage. At low frequency, the core is made of thin plates called lamination to reduce eddy current losses. Where for high frequencies, the core is made of soft ferrite because of not producing high eddy current losses.

To counter the eddy current losses, the core is made of laminations, the iron thin plates insulated from each other. Thus the flow of current is limited by increasing the resistance in the current path.

Practically the inductor shows some resistance, which absorbs part of the apparent power and reduces the efficiency of the inductor. Q Factor is the measure of the efficiency of the inductor at the given frequency and equal to the ratio of inductive reactance to the resistance. The higher the Q factor means nearness to the ideal inductor and narrower bandwidth in a resonant circuit. The radio uses the high Q factor inductor with a capacitor to make circuit resonant.

Just like resistors and capacitor, inductors can be combined in series and/or parallel. We are interested in finding equivalent inductance of the combination. If there is only one path for current the combination of inductors will be called series combination, as shown in the diagram below. 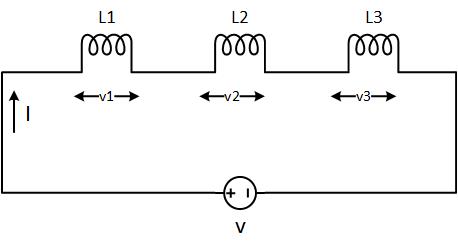 Applying the KVL to the circuit above

Voltage across the inductor depends upon change in current

We know the there is only one path for current, so current for all elements are same

Now putting it to the above equation (4)

So equivalent inductance in series is 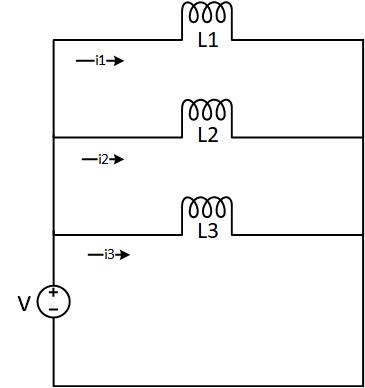 We know that voltages are same in a parallel combination, so putting that into the above equation

So equivalent inductance in case of the parallel combination will be

Inductors are passive electrical components which store energy in the form of a magnetic field. Inductors resist change in current and they are commonly used in electronic circuits avoiding current surges. 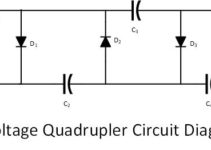