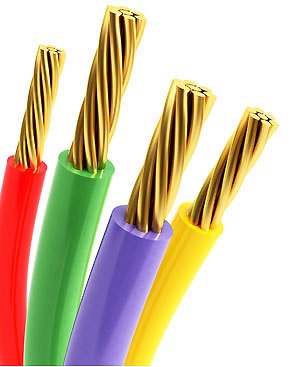 Different types of materials are used for manufacturing electrical products and equipment. Any material in real life can have different properties and characteristics. That can be used appropriately for better utilization. But electrically a material can be classified as either conductor, semiconductor, and insulator.

The property which makes a material insulator, conductor, or semiconductor is electrical resistivity. Electrical resistivity is the measure of how difficult a material passes a current. Which depends upon the availability of free electronic or ions. The more free-electrons/ion available at a body the more it will be a conductor and fewer electrons/ions mean insulator.

What are Conductor, semiconductor, and insulator?

Let’s have a close look at them.

What is a Conductor?

One good example of a conductor is metal. There are very few valence electrons in the outermost shell of each atom and they are loosely attracted to the nucleus. A very little energy can extract them out of the atom’s orbit and make them free electrons.

Electrical wire is made of conductors that carry current from source to load. Best electrical conductor examples are copper, silver, gold, etc.

Insulators are the type of electrical material that possesses high resistivity. It has a resistivity of more than 104 Ohm-meter or inversely low conductivity. There almost no free electrons available for carrying current in insulators. A large voltage in the insulator may not cause current because of the unavailability of free electrons. The insulator may have a very small current called leakage current.

Most non-metals are insulators, where bonds have the desire to catch more electrons. Therefore, a significant amount of external energy may not able to extract an electron free. In ionic material, all the ions are arranged together such that there are no carries available for current to carry.

Insulators are used to support the conductor, avoid electric shock and all those paths where no current is intended. The best insulators are ceramics, plastic, wood, etc.

In electrical and electronics engineering, the material can be divided into three categories. The conductor, semiconductor, and insulator based on the number of free electrons at the atomic level.