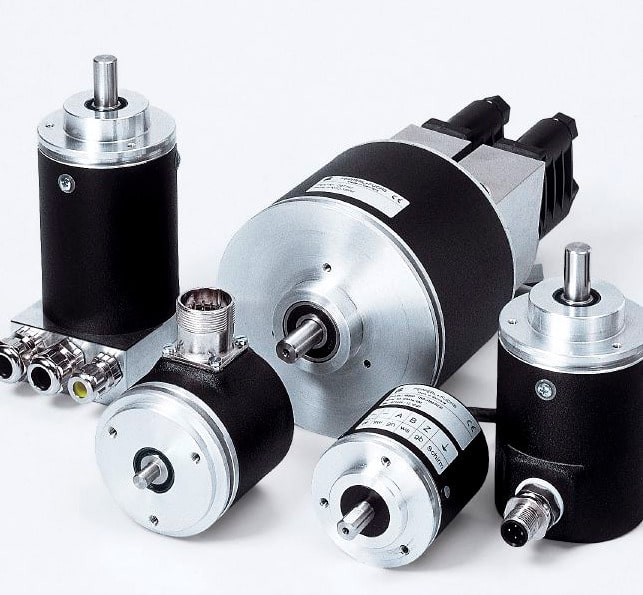 Encoders are motion sensing devices used in a closed-loop control system for feedback. There are multiple types of encoders currently being used in different types of motions. The selection of an appropriate encoder for your system could be a challenging task. Encoders can be classified in different ways based on the type of motion, technology, number of parameters, etc. The article differentiates between multiple types of encoders.

The encoder is selected based on the requirements of the application. The desired output and environmental conditions are also considered. The consideration includes.

Types of Encoders by Motion

The most common way to characterize the encoders is by the type of motion the encoder is monitoring. As we all know that there are three basic types of motions i.e., linear, rotary, and oscillatory motion.

Linear encoders deal with motion along a line and find out the distance between the two points. The linear encoder uses cables or rods as transducers to generate analog or digital output accordingly.

The rotary encoder helps monitor the rotational motion of the position. The most common design is a thru-bore encoder that can be directly mounted over the shaft.

Angle encoders are like rotary encoders that can accurately measure the angle of the rotating object. They are used in an oscillatory object or rotating object for measuring angular movement.

Types of Encoders by Position

Types of Encoders by Sensing Technology

Encoders can be classified based on how the encoder senses the motion and speed. Some of the most common sensing technologies are enlisted below.

As the name suggests, optical encoders use light to monitor the motions of the object. Optical encoders consist of opaque and translucent blocks on the linear scale or rotary disk for linear and rotary encoders respectively.  The translucent block passes the light and the opaque reflects the light to the light sensing device called a photosensor. Based on the reflected light pulses are generated that help the encoder monitors the motion.

The magnetic encoder uses a magnetic disk with poles on its surface for the rotary encoder. As the disk rotates the changing magnetic flux generates a sinusoidal voltage in the nearby sensor that is based on the Hall effect. Afterward, the waveform is converted into a square wave for counting purposes.

Types of Encoders by Channel

Encoders can be classified based on the number of channels. Adding another channel can help in detecting another dimension of information.

A single-channel encoder can only monitor motion and movement. But it cannot detect the direction of motion. For example, rotary encoders can generate the same signal clockwise and counterclockwise.