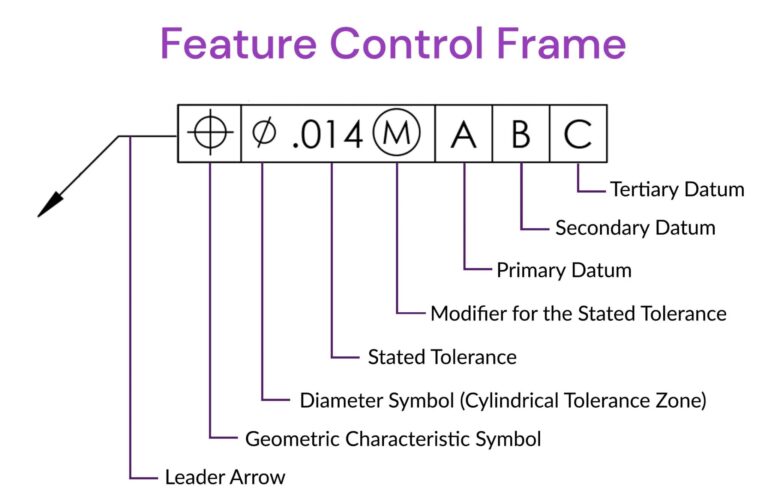 Geometric dimensioning and tolerancing is the representation of engineering tolerances that uses GD&T symbols. Engineering drawing and computer-aided design models use GD & T. GD & T symbols are communicating nominal geometry and acceptable variation in engineering modeling. The purpose of GD&T is to inform engineering staff about the required degree of accuracy and precision of all the features of the part. Stanley Parker initiated GD&T in the form of a true position.

There are several standards for GD&T symbols.

Y14.5 is a single document set of standards for the GD&T symbols. Where ISO standards are topic-based categorized.

There are several fundamental rules for dimension and tolerance defined in Y14.5 standards.

There is a total of 14 numbers of GD&T characteristics. A separate symbol represents each characteristic. These symbols are the GD&T symbols.  Five tolerances categories classify these characteristics as follows.

GD & T symbols replace the traditional dimension and tolerances. The use of proper GD&T improves the quality of production and reduces the resources required for production. It is a standardized design method to communicate them clearly and precisely. Geometric Dimensioning and Tolerancing communicate between the production teams, customers, and suppliers. The assembly is assured from GD & T produced parts and the production process is repeatable.  Geometric Dimensioning and Tolerancing symbols can be inserted in AutoCAD using the tolerance command with display the dialog box