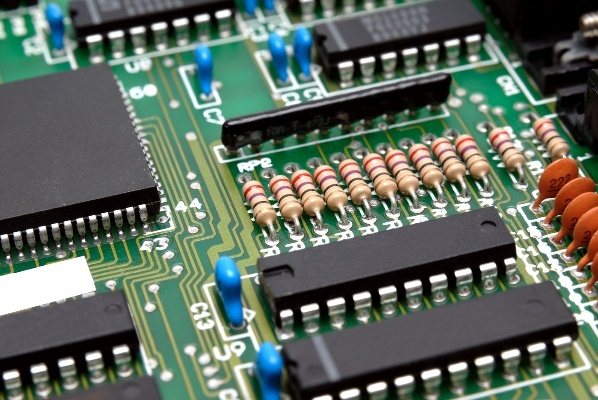 The printed circuit board is the heart of any electronic device ranging from cell phones to vehicles. A layman can recognize it as a green board with lines over it and electrical components connected to it with solder. The green color is the characteristic of the solder mask. Every PCB has a component connected to it. It is PCB assembly and the process is the PCB assembly process. In an assembled PCB, components are connected by copper lines called traces for completing a specific circuit.  The process of PCB assembly is simple and can be performed manually and/or automatically. Here is an example of a PCB assembly company that is located in the USA. PCB companies range in size and industries. There are also OEMs (original equipment manufacturers) that assemble their PCBAs, depending on the technology.

PCB consists of one to several layers and every layer plays an important role in the completion of the circuit.

A substrate is a rigid material that makes a PCB tough and provides housing for components.

A layer of copper is where all the circuit is completed. The copper layer allows the current to flow from one component to another using copper foils with specific lines known as traces. Based on the availability of copper foil PCB may be regarded as single-sided PCB or double-sided PCB.

Solder Mask avoids an unintentional short circuit above the copper layer. The mask gives the PCB a green color and is an insulating material.

The silkscreen is used for labeling the PCB and symbolling to identify the components and function.

There are three types of printed circuit boards.

These printed circuit boards are inflexible and rigid. These types of PCBs are commonly used. The substrate of the PCB is made from fiberglass, FR4, epoxies, or phenolics.

These are flexible circuit board and it is bendable. The substrate is made with a high-temperature Kaplan.

These are alternative to rigid PCBs as the metal core dissipates heat easily and protect the expensive components and devices.

There are two mounting technologies in the Printed circuit board assembly.

Small components like diodes and resistors are placed on the top of the board without any holes. Surface mount technology can place Surface Mount Device (SMD) on the PCB.

A stencil of solder paste is applied to the PCB board. The process only allows the solder to the place where the components are connected in the final PCB. Solder is a metal substance that contains tin 96%, silver 3%, and copper 1%. A machinal fixture holds the stencil and PCB both in place, the applied solder paste is spread for even distribution and then the stencil is removed leaving the solder paste in specific locations.

After removal of the solder stencil, components are placed and soldered on the board using robots. Traditionally the task was performed manually.

The PCB is now inspected and tested. As the reflow process can result in poor connection, missing components, or extra connection. The checking of the board may involve manual checking, automatic optical inspection, or X-ray inspection.

Depending upon the requirements of the board components should be inserted into the holes besides SMDs. PTH components require a more specific type of process like manual soldering or wave soldering. In the manual process, the components are inserted and soldered by a technical person in multiple cycles. In wave soldering, PCB is passed through a conveyor belt?

Finally, PCB boards a test for their functionality by simulating normal circumstances where the PCB will operate later. An electrical signal runs through the PCB and the electrical characteristics are observed. If a PCB board gives an unexpected response, the PCB is regarded as a failure based on company policy.

In the Turn-key PCB Assembly process, PCB is cleaned for residue soldering paste and flux which can damage solder with time and can suffer customer satisfaction. High-pressure Deionized water is used for cleaning the PCB.