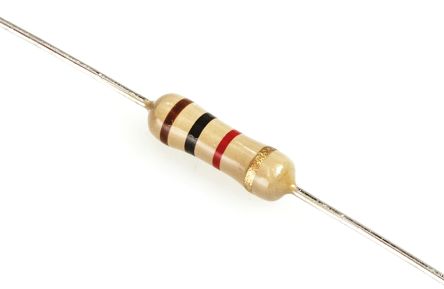 Resistors are very basic components of the circuits. Every circuit has a resistor in it. If you connect a bad resistor to your circuit, the circuit will not work properly. A resistor testing is an excellent idea to avoid such situations. If the resistor is good or bad. And what is the value of the resistor? A testing resistor with a digital multimeter is simple and easy.

Power off the circuit:

Cut off the power to the circuit with the resistor that needs testing. Make sure that all the capacitors are discharged by short-circuiting both terminals. In the case of a charged capacitor, you may experience an electric shock.

Removing resistor from the circuit:

Rotate the knob of the digital multi-meter pointing to the “Ohm”. Set the highest range. Now touch a red lead to one side and a black lead to the other side. Resistors do not have any polarity, so don’t panic about it.

At this point, the meter may give three types of readings. First, the meter reads ZERO. It means that the range you set is higher. Now rotate the knob to a lower range and again test the resistor it may show the real reading now.

Second, the meter may read 1 or OL. This means that the range is lower. Now you must set a higher range. And read the meter again unless the meter read the actual reading.

Faulty resistors can be observed visually. It may seem burned. A bad resistor may cause over or undercurrent in other electrical components. That may become the cause of burning another component.

In this case, if you are testing a resistor at the lowest range of the meter. And it shows a Zero reading which means that the resistor is a short circuit, or it is a faulty resistor.

Similarly, if you have set the knob to the highest range and it is showing One or OL. It means that the resistor is an open circuit, or it is a faulty resistor.