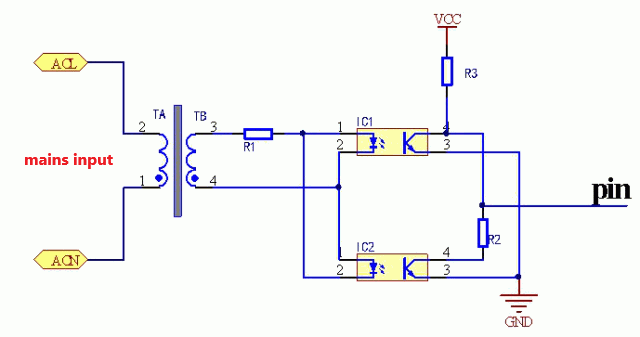 The insulation withstands voltage values between the input and output of the optocoupler.

It refers to the capacitance value between the input and output of the optocoupler.

It refers to the resistance value between the input and output of the optocoupler.

When the operating voltage of the output tube is a specified value, the ratio between the output current and the forward current of the LED refers to the current transfer ratio.

In the following part, Easybom will elaborate on the high-speed optocoupler working principle.

An electrical signal is applied to the input end of the optocoupler to make the light-emitting source emit light. The intensity of the light depends on the magnitude of the excitation current. After the light is irradiated on the packaged photoreceiver, a photocurrent is generated due to the photoelectric effect, which is output by the photoreceiver. The terminal is led out so that the conversion among electricity-light-electricity is realized.

1. Adjusting the voltage of the switching power supply

2. Optocoupler as a Switch in AC

Because the optocoupler has unidirectional transmission, and the input end and the output end are electrically isolated, the output signal has no effect on the input end, so it is widely used in various isolation circuits. In power electronics, it is often used to form an isolation circuit with strong anti-interference ability together with the TIRAC as shown in the figure below. Pay attention to increasing the current limiting resistance, and adding an RC absorption circuit or a varistor in parallel to the output load, which helps to protect the load.

In addition to the three circuits above, the optocoupler can also be used in other circuits including trigger circuits, logic circuits, pulse amplifier circuits, etc.

What is a High-Speed Optocoupler?

Like the optocoupler, it assembles the light-emitting diode and the phototransistor. It uses the light signal to transmit information and realizes the electrical-optical-electrical transmission of the circuit signal (photoelectric coupling circuit). It is for the input of the circuit to be completely isolated from the electricity, which realizes the electrical isolation of the input and output ports and improves its anti-interference ability, reliability, and stability. This information transfer method is superior to all general solutions that use transformers and relays as isolation for signal transfer, but its advantage lies in high speed, that is, the transmission speed of the signal is fast, which is very common in the design that requires the transmission of the signal.