So far we kept limited our discussion to Direct Current (DC) circuits. In contrast to the DC circuit, Alternating Current (AC) circuit have such elements that vary its magnitude and direction with time. In the case of the DC circuit, the direction and magnitude of current and voltage in the circuit don’t change with time expect transients in inductor and capacitors. The following figure shows the comparison of DC and AC, it is shown that the direction and magnitude of DC are constant while they are changing for AC around the zero point with respect to time.

The above graph shows that DC can be represented by only magnitude and direction while these terms are insufficient for AC. To introduce the concept of AC completely, we have to define some other terms.

The following animation shows the behavior of AC current through the resistor, assuming that the magnitude is changed according to the waveform.

The trace of the quantity i.e. voltage or current against time, degrees, radian etc. is called a waveform.

The magnitude of any quantity like voltage or current against the specific value of time, degrees, radian etc. is called instantaneous value.

The maximum value of quantity like voltage and current it reaches the waveform.

The difference between the maximum and minimum value of the waveform is called peak to peak value.

The time required for the waveform to complete itself is called Time period. It is denoted by T in seconds.

The waveform of one Time Period is called cycle.

The number of cycles in one Time Period is called frequency. Frequency is represented in cycles per seconds or Hertz (name after scientist).

The waveform of AC voltage is most of the time sinusoidal (sine wave or cosine wave) unless it is stated. It is mainly that resistance, capacitance or inductance responses have no effect on the waveform. The sinusoidal waves can be plotted against degrees or radians. Where degrees and radian has the following relationship

Where $\pi $ is the ratio between the circumference of circle and diameter of the circle and is equal to 22/7.

If a radius vector of a circle rotates around its center at a constant speed, the vertical projection of the vector can be plotted as a sine wave. The speed at which the vector rotates is called angular velocity.

The sine wave for voltage can be represented by the following formula.

Where $E_{m}$ shows the peak voltage of the voltage waveform and $\omega $ is the angular velocity of the waveform.

Average Value of a waveform:

The average value of sine wave is the ratio of the area under the sine wave to the length of the sinusoidal. Looking at the waveform, it is clear that for the first half it is positive and for the second half its is negative and both are same in magnitude for each complete cycle. So the average of AC sinusoidal is zero. The formula for average calculation is

Where $V_{m}$ is the peak voltage of the AC sinusoidal. The relationship holds for current too.

The basic mathematical format for sinusoidal voltage is

Remember that the lowercase letter indicates the instantaneous value where the uppercase letter with subscripts of ‘m’ means the peak value i.e. v and V­m.

In simple words, the phase shows the relationship among multiple waveforms, how soon and late each one of them started, achieved the peak and/or reach it’s zero and final value. Suppose we have a first waveform of $I_{m}\sin (\alpha +0)$ and a second waveform of $V_{m}\sin (\alpha +30^{o })$, their waveforms could be shown as follow. 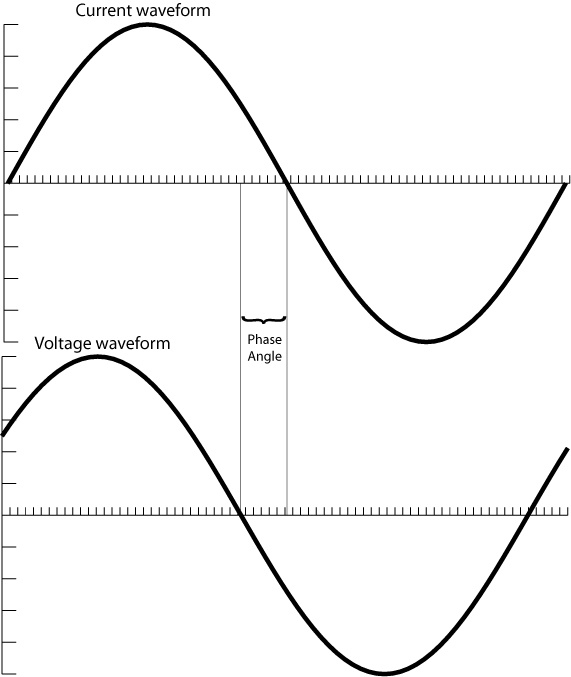 The first waveform will start from the zero point at axes where the second will start 30o later.

The general form of the phase relation equation is

Alternating current changes its magnitude and direction every moment where direct current remains same in direction and magnitude. Our home appliances are using AC where electronic devices like handheld devices are using DC power.

Shahab Yousafzai is a professional electrical engineer, who has a history with the field since 2008. He is happy to share his experience and thoughts over the forum. He is interested in Power Electronics, Analog Electronics, and Electric Machines.