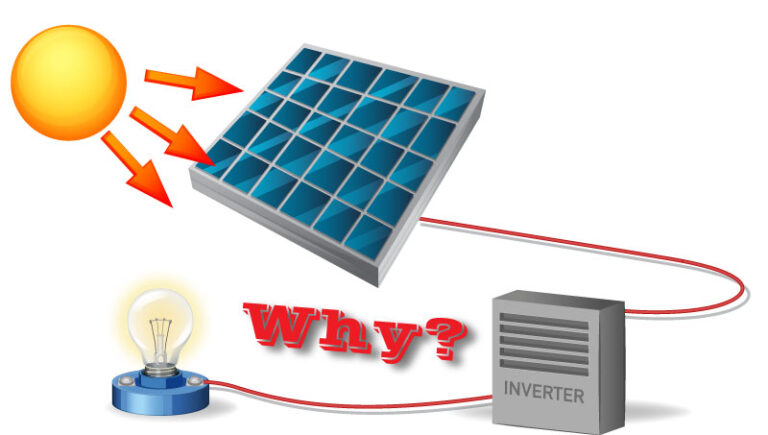 Why do Solar Cells Need an Inverter?

Can we Use DC Power Instead of AC Power?

Of course, we can use DC power at home rather than AC power. But the uses of DC are very limited. For example, the DC can b used for Smartphone charging as it is working on 5volts and the solar power output is more than 12volts. There is a smartphone charger that works on DC instead of AC. There are also lamps for DC 12volts.

One reason for using AC 110/220v is reduced current. While working a DC 12v a high current will be observed that will increase the wire diameter and ultimately the cost of the installation.

Solar power is directly used in RV. Some appliances work on 12v DC. There is no need for an inverter to use in RV depending on the utilization of load.

What is a Solar Inverter?

Solar inverters are a crucial part of the solar power system. It converts the form of electrical power from 12v DC to AC more compatible with appliances usage. Home the question “Why do solar cells need an inverter” and “what is an inverter” is answered.