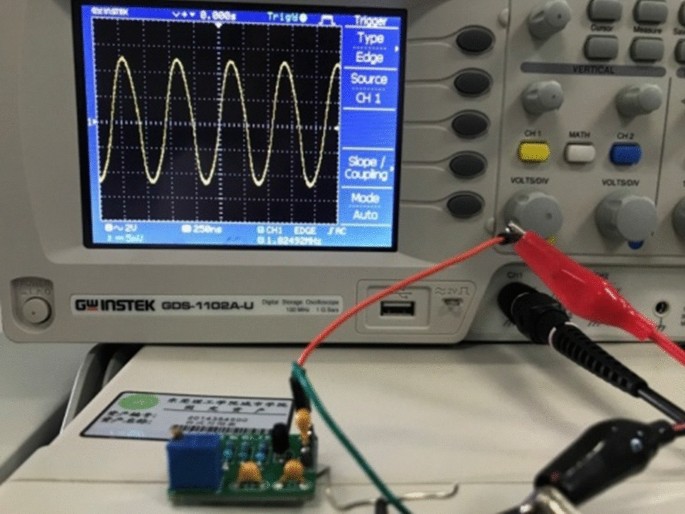 An electronic oscillator is a circuit that generates a repetitive, alternating waveform without any external input. It converts DC power from a source into an alternating waveform of a specific frequency and voltage level. This waveform can then be used to control other circuits or devices, such as power supplies, amplifiers, and other oscillators.

If you want to know more about an electronic oscillator, consider reading the article.

An optoelectronic oscillator (OEO) uses light to generate an electrical signal. They produce spectrally-pure microwave and mm-wave signals using an optoelectronic feedback loop. The versatile scheme allows the utilization of optical components for low loss and small size, which makes it more suitable for applications requiring high performance at a lower cost than other types of oscillators.

It is also inherently less sensitive to vibration and acceleration than other types because it does not need any external driving circuit, such as magnetic field generation or acoustics, to operate its function. Therefore, OEO can be easily integrated into existing systems without causing instability under normal conditions.

The Armstrong oscillator is a popular type of LC electronic oscillator. It was invented by Edwin H. Armstrong in 1912, who called it the “ticker” because it sounded like the noise produced by a mechanical clockwork circuit tick-tick-ticking away. In 1913, he applied for patents on an improved version of his original design, which was granted a US Patent.

The first applications of this device were made in radio transmission systems using spark gap transmitters that used an inductive resistance element between capacitor plates. It later became more widely used for electronic circuits such as crystal sets or vacuum tube-based amplifiers.

The Hartley Oscillator is a type of electronic oscillator that generates an output signal using a feedback loop. The frequency of the output signal is determined by an LC (inductor-capacitor) tuned circuit. American engineer Ralph Hartley invented this oscillator in 1915 and also patented a variation called HVCO (High Voltage Capacitor Oscillating), which was used in experiments related to electron multiplication and radio transmission.

In the late 1920s in Germany, a similar circuit was designed and patented by Walter Schottky as an oscillator for high-voltage transformers. The same year, Robert von Neumann also published his patent on this oscillator that generated radio frequency signals.

The multi-wave oscillators can be classified as experimental, research for the historical instrument, commercial applications such as sound effects & music synthesizers, etc. French engineer Georges Lakhovsky introduced the concept of a multi-wave oscillator in the 1920 – 1940s.

An electronic oscillator is a circuit that converts DC power from a source into an alternating waveform of a specific frequency, as determined by its components. This waveform can be used as a “square wave” generator or carrier for analog communication systems and devices. When looking for oscillators, it is important to choose a reputable company with a patented design and a proven track record in the market.