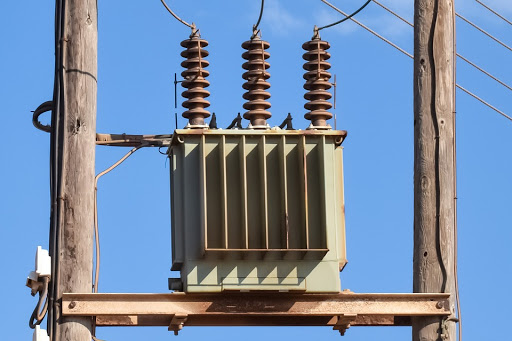 The windings of these transformers can either be of copper or aluminum. It is depending on their construction and the purpose they are meant to serve. The standard ratings can range from 50 VA to 750 kVA. Additionally, the distribution transformers are usually placed at a service drop. Where the electrical wires run from the power source directly into the customer’s premises. This recourse resorted when the peripheral settlements including pumping stations, farmyards, and isolated houses need to be supplied with power that is below 30KV. Other than this, distribution transformers are also utilized when the power supply has to be facilitated through overhead wires for railways functioning on AC.

Needless to say, the smaller transformers wouldn’t dissipate as much heat as their larger counterparts. So, they are mostly fortified with dry tape. Because dry tapes are less likely to catch fire. The small distribution transformers are installed within confined spaces that are more vulnerable to starting a fire.

Buildings, where electric service is delivered at primary distribution voltage, have individual distribution transformers. They fit their transformer in the basements to follow the needs of voltage cutback. The urban settlements have primary electricity distribution lines running underground. These areas bank on a pad-mount transformer. These transformers are locked inside a metal cabinet and positioned on concrete pads.

1 thought on “Electricity Distribution Transformers Types and it Uses”